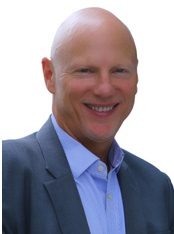 At New York Academy, we place a great emphasis on the core values of respect, honesty and self-discipline.

New York Academy’s Chairman Vishnu Manchu often reflects upon the importance of respect by talking about Matha Pitha Guru Deivam to inspire our faculty, staff, and students. The following explains the meaning behind the words:

Matha Pitha Guru Deivam is a very popular adage or phrase in Sanskrit language and often quoted in Hinduism. Translated word for word, it is, “Mother, Father, Teacher, God.” The meaning of this adage is considered the greatest truth, and is the order in which one should offer reverence. The phrase is a basic tenet in existence from the time of the Vedas and beyond and represents the hierarchy in which one should respect these entities.

First comes the mother (Matha) who gives birth to the child, thereby bringing us as a child into this world. Next comes the father (Pitha), because it is the mother who knows the truth about the father and she points us to the father. The mother and father then takes us to the teacher (Guru), and it is the guru, through his or her teachings, points us to God (Deivam). Here God represents the consciousness or self-awareness or our real self.

As per Hindu mythology: Once upon a time, Lord Shiva and his wife goddess Parvati received the gift of a ripe mango. Their children Ganesha and Karthikeya, both wanted the full fruit. The parents were in a dilemma and decided to give them a test: the winner would get the fruit. They announced, “Whoever goes around the world and reaches back first will be the winner.” Karthikeya immediately set off to encircle the world on his vehicle – the peacock. Ganesha, with his vehicle Mooshika (mouse) prostrated himself in front of his parents, went around them once and claimed the prize. To the question of how, Ganesha said, “Our parents are the whole world to us. So, by going around them once I have gone around the world.” The happy parents gifted the fruit to Ganesha. When Karthikeya came back after going around the world, he saw Ganesha with the fruit in his hand. His non-understanding of this truth upset him so much that he went away to live alone and meditate in the hills of Palani in Southern India.